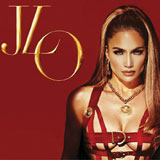 Jennifer Lopez "It's My Party." The Live Celebration Tour at T-Mobile Arena on June 15th is a show you don't want to miss. Hard to believe the amazing Latina performer is turning 50 this year. Fresh from her Vegas residency, her tour across the country comes to Las Vegas.Expect an exciting and exhilirating show with some energetic dance numbers from this incredible performer on her It's My Party Tour.

The Las Vegas Show 'It's My Party'

It's an incredible show, that will keep you on the edge of your seat, by dancing and singing. In this spectacular show Jennifer Lopez shows off her unbelievable talents and her great power to amaze her fans and make them move, sing and dance with her. You'll have the chance to see from explosive dance numbers to raw personal moments, as she only knows how to perform the best. This spectacular new show features some of her amazing hit songs, like 'On the floor', 'Get Righ', 'Jenny from the Block', 'Love don't cost a thing' and you will have the opportunity to dance and sing along the way with the super star. It's a trully unique production, full of lights, which is accompanied by a five-piece live band, as well as 16 dancers, with extravagant costumes. Moreover, the stage will be full of state of the art technology in lighting, sets, videos, music, as well as incredible special effects. The show lasts about two hours and when she is there, Jennifer Lopez is dancing, highly choreographed energetic numbers and at the same time she is singing live with her amazing voice. In fact, she never sounded better in her life, as on this show. It's an amazing accomplishment that will inspire you no matter your age. Keep in mind also that this may be your only chance to see the great super star up close and personal, performing in the most unique way. The Las Vegas show trully portrays who she really is; a pop star, an actress, a dancer, a singer.


About her early life & career


Born in July 1969, the poor girl from Bronx started as a dancer her career, by making several appearances in musicals on stage, as well as a number of musical videos. She won in a national competition in 1990 and she in fact earned a dancing part onon the very well known Fox comedy TV series 'In Living Color' (as a flying girl). Then she took part in some acting jobs, as well as in a TV movie by the name 'Nurses on the line: the Crash of Flight 7', in 1993. Her first film was in 1993 under the name 'My Family'. She also made some appearances in 'Money Train', opposite to Woody Harrelson and Wesley Snipes and in 1996 took part in the famous film 'Jack', which was directed by F.F. Coppola and starring Robin Williams. Then she followed the music that she really loved, where she found a great success on the dance and pop charts, with amazing hits of that time, like 'Play' and 'Get Right' and then continued to graner Hollywood film work. But her first great opportunity of her amazing career was in 1997, for her role in 'Selena', which was about the life of the pop singer by the name Selena Quintillana Perez, who was killed in 1995 by the founder of the Selena fan club Yolanda Saldivar.


She made her dreams come true


Jennifer Lopez proves once again that you can do anything you want in life if you put your mind on it and keep working hard enough. There have been times in her life that she experienced career and personal setebacks, but she never gave up and she was determined to succeed and she made it. She just wanted to accomplish all her goals and worked hard in order to see them come true. Think about it and how she made it. If Jennifer, who was born in a poor family and faced many difficulties as a child, can make her dreams come true and achieve this successfuls, you can do whatever you want too. She was in fact a very determined girl and wanted to leave the misery life behind her. She overcame a number of obstacles in her life until today, like the critical bashing after a film flop, as well as a broken engagement and three divorces, in order to rise to the highest point of success. Until today she has toured in many places around the world, gave amazing performances, gained a lot of fans, starred in a number of hit films, won several awards, as well as No. 1 albums.


Today she has succeeded also in seeing her name up in the 'big' lights in Las Vegana and she is very proud of it. This over the top performance-show inside the AXIS theatre is the only opportunity for you to see her performing live in Las Vegas. The shows start at 9.00 pm for an amazing performance of the great star. Today the 46 year old gorgeous American-Latin star is currently a judge on the American Idol (the final season) and she is also starring in the new NBC hit drama 'Shades of Blue'. In addition, Jennifer Lopez has just hosted and performed on the 22nd of November 2015 at the American Music Award. In 2006 she was married with Marc Anthony, a famous salsa icon (they divorced after some years) and gave birth to two twins, Emma and Max, who are 8 years old today. Above all she is a girl who made it and achieved her goals in life and now she enjoys the life she ever wanted.