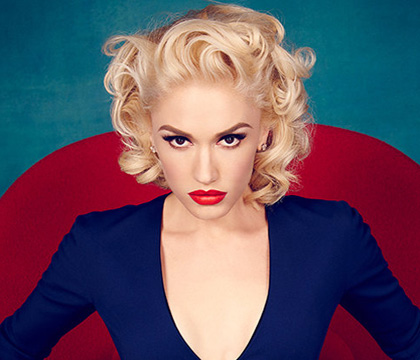 Multi-Platinum recording artist and global icon Gwen Stefani has announced eight new performance dates for her headlining residency, "Gwen Stefani – Just A Girl" at the Zappos Theater
The eye-popping spectacular celebrates the breadth of the star's illustrious musical career with fan-favorite hits, including "Hollaback Girl," "The Sweet Escape" and "What You Waiting For?."

Gwen Stefani Las Vegas will sing some of her most famous songs like 'Cool', 'Hollaback Girl', 'Rich Girl' and the 'Sweet Escape' and many more. So, don't lose the opportunity to see your favourite singer along with Eve live on stage and sing and dance with them in an amazing atmosphere. You'll be fascinated with her costumes and her overall performance.

Born in California, Fullertong, in October 1969, Gwen Stefani first began to gain some popularity in the 1990s as the lead singer of No Doubt. She joined the rock and punk band 'No Doubt' with her brother Eric. The band went on to big success, by releasing six studio albums and over 20 singles. In 2004, Gwen announced that she watned to take a break from 'No Doubt' and wanted to focus on her own solo music career. During this time, she actually released 2 albums, along with 13 singles. Shewent on to have a highly successful solo career and she also managed to launch her own clothing line, under the label LAMBSome years later, Stefani re-united with her band in 2012. Soon after, they started working Push and Shove, which was a new album.

Since rising to stardom as the lead singer of the famous 'No Doubt', the famous artist become a popular icon in the world of music and fashion. She is alsoa songwriter, actress and a fashio designer. In 2004 she decided that she wanted to go on her own and try to move on her solo career. At first she released her No.1 album under the title 'Love. Angel. Music Baby. She was actually inspired from 1980's and the pop music.

When she was young she was also taught how to sew by her mother, and so Stefani developed an interest in fashion since the early years of her life. But she also loved music a great deal and influenced also her older brother Eric, who actually played a lot of recordings . With friend John Spence as the lead singer, Eric started the group No Doubt, and Gwen joined very soon as their second vocalist. Stefani alsostarted dating fellow bandmate Tony Kanal around this time.

After Spence's suicide in 1987, Stefani became No Doubt's lead singer. The band gave a number of performances in clubs for several years around their native Orange County. Eventually they signed to the Interscope record label and released the self titled debut album (No Doubt) in 1992. But this album failed to attract good critics. Two years later, the band suffered another loss, when her brother left the group.-

In 2006 she actually released her second studio album, under the title The Sweet Escape', which made 2 singles, that were turned to be very successful in music terrain, under the titles 'Wind It Up' and The Sweet Escape'. She has actually sold with her work of No Doubt over 30 million albums around the world. She also made her 3rd album (solo) under the title 'This is What the Truth Feels Like' was in fact released for the first time in 2016 (March) and became her first one on the Billboard 200.

Stefani also has won 3 Grammys. As a solo performer and artist Gwen has received a number of accolades, like American Music Award, the World Music Award, 2 Billboard ones and a Brit Award.

She performs and makes mane appearances with her 4 back up dancers (known also as the Harajuke Girls). She was once married to the famous musician from Great Britain Gavin Rossdale (2002-2015) and they have 3 sons. The Billboard magazine ranks her as the 54th most successful singer and 37th at Hot 100 artists betwenn 2000 and 2009. The Grammy Award-winning artist’s resume also includes actress (“Barbershop”) and fashion designer. She also worked together with Gwen on two hit songs: “Rich Girl” and 'Let me Blow ya Mind. The latter won a Grammy.

Stefani was able to put herself back in the spotlight by becoming a judge on NBC's The Voice. That's where she met and dated fellow judge and country star Blake Shelton after it was reported she was divorcing her husband Gavin Rossdale. The No Doubt lead singer wrote about her heartbreak and newfound love in her new album.

In the span of her career she continued to reinvent herself to new generations of music pop lovers. She will collaborated with her guest star, the famous rapper Eve, on her hit song "Rich Girl." Eve will join Stefani on all scheduled dates of her amazing tour around several cities in the country. Gwen has already gained success around the world as a great artist and performer and has fans worldwide. She continues to sell millions of albums and she is also considered to be a multi platinum solo artist. Moreover, she has gaines a number of Grammy Awards throughout her whole career, as well as 4 MTV Video Music Awars and many more. Also in her whole life she released 2 highly successful albums (solo), that made her so famous.Waiting For?” and “Hollaback Girl,” a number one single, which whe recorder along with Pharrell Williams.

So, if you happen to be in Las Vegas, don't lose the opportunity to see this amazing artist and Eve performing on stage. It will be an amazing show, with lots of music, dance and an incredible atmosphere. The thearte is going to be full of her fans from all over the world that will come for see some of her performances along her incredible Tour around USA. Get ready to feel the rythm of Gwen in Las Vegas!