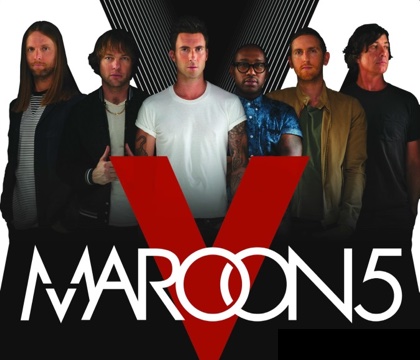 The Maroon 5 are currently on a world tour mission to share the love with their beloved fans. The entertaining band is set to perform in Las Vegas on 30th and 31st of December at the Mandalay Bay Events Centre. The tickets have been sold out and preparations and underway to ensure the event is successful. The Mandalay Bay Events Center is always a soft for world trending events because it is located at the center of Las Vegas and is big enough to accommodate a large number of people.

Maroon 5 are a popular American Band that plays Pop Rock that have been in existence for over ten years. The band has successfully released over ten albums 19 singles and, over 20 music videos. They have managed to top the pop rock music chart several times and win a variety of music awards such as Grammy Awards. Some of their albums include “Moves like Jagger”, “It Won’t Be Soon Forgotten” and “Overexposed”.

A good tour concert is normally determined by a wide range of factors. It can include the impact of the performance, the surrounding environment, handling of the audience and most importantly the organization of the whole concert show. Below are some of the good stuff you can expect from the Maroon v Las Vegas Tour.

The “Moves like Jagger “singers have so far proved to be great stage performers, and that extends to the opening acts. Various artists will open the stage at Mandalay Bay stage to psych the crowd as the band prepares to perform. The band has confirmed that MAGIC Band will open the Las Vegas concert thus their fans will have the opportunity to enjoy part of their album titled “Don’t Kill the Magic.” You can be sure to familiarize yourself with talented upcoming artists during the opening acts, who are majorly supported by Maroon 5. During the opening acts, special guests will be invited to share a piece of their work with the audience.

Maroon 5 band is untamed, and they are energetic. So you should be expecting to have a great time singing along to their song lyrics that you have memorized ever since you heard of their songs. Adam Levine has a powerful performance that will get you excited and on your toes through the entire time. You can be sure that they will perform a wide collection of their songs that will include both the recent and old hits. Again, the band knows how to use the stage; they are talented in dancing, and they have an amazing backup band.

You only go to a concert that you are sure you will have a great experience. I mean, it is so much of a turn off for you to struggle to get that first class ticket and end up on a concert that is very insecure, the environment does not appeal to you. You know by now that December is a very busy month in each, and every city and even small town and Las Vegas is worse than any other city in North America. Very many people will attend the concert thus the need for the crowd to be under supervision. The Maroon 5 band wisely chose the arena as their platform because it highly secured and under security surveillance on a 24-hour basis. Professional security officers will be alert of any unnecessary commotions to make sure you have a good time during the show.

Apart from top security, the Maroon 5 tour concert in Las Vegas will be a remarkable experience for anyone who will attend because you will receive a warm reception. There will be adequate staff to provide any services that you will need and most importantly provide you with helpful information if you are in need of any help. Each and everyone will be treated with respect and dignity regardless of any prevailing circumstances. In any case, this is your show, and you are the person who is making it happen, so you will get the reception that you deserve.

Maroon 5 Concert Tour have for a long time received credit from the fans because most of them are very organized. They choice of venue is perfect, and you can be sure that there will be a very controlled crowd who at times get lose when the performance picks up. You will receive assistance on where to sit depending on your ticket. Most of their shows keep time and actually, there is always that smooth transition from one show to the next. Before you know it, the show will be over without any hiccups.

I suppose you went for that ticket because you want to have fun, have a live performance experience from your favorite band and maybe get yourself one or more copies of their albums. Yes, you will have fun, you will sing and dance along and cheer to the various hits as Maroon 5 take to the stage. You might even be lucky to take pictures with the band. You will get served with your favorite drinks and much more. The Maroon 5 Las Vegas concert will be the best tour stop for the Maroon 5.

The major aim of the Maroon 5 tour is to promote their most recent album “V “and the best they can do it is to sell the albums at lower rates than the normal rate. The albums will be available at the Maroon 5 Las Vegas Concert stop, and it will only be fair for you to take advantage of the fair rates.

The Maroon 5 Las Vegas Concert will be big and come that time; you will confirm that it worth you small investment. However, be sure to be on the safer side of the law by abiding by the rules and regulations applicable to Las Vegas City and more importantly the Mandalay Bay Events Center. In addition to that, make sure your budget estimate is flexible now that the event and Vegas city will have a lot of luring goodies for you.