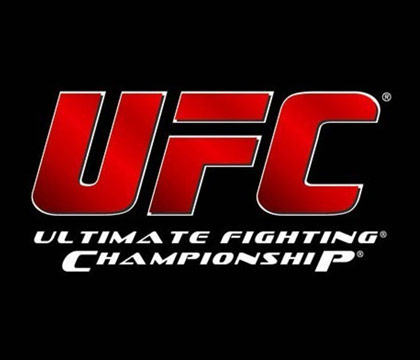 So how did this happen? It seems quite impossible for a thing like this to happen. Well, UFC took off mostly due to Dana White. Also due to the Fertitta brothers backing, which are majority owners. Dana White has been the Messiah of MMA and he almost brought MMA to what it is today on his own. He was born in Manchester, Connecticut and he grew up in 3 places in the US: Las Vegas, Boston and Levant, Maine.
Dana is a ruthless Boston Red Sox enthusiast. While he was still young, he traveled a lot in-between Las Vegas and Maine. He went to college in Boston for only 2 years and he did not finish. While in Boston, he launched a boxing program for children from the inner-city.
With a background in aerobics, as he has been an aerobic instructor, he established Dana White Enterprises in Las Vegas while conducting classes at three gyms in the city. While conducting the classes, he started to manage MMA fighters Chuck Liddell and Tito Ortiz.
While being a manager, Dana White found out the parent company of the UFC, Semaphore Entertainment Group was looking for someone to buy UFC. He contacted his friend from childhood, Lorenzo Fertitta who at that point was an executive at Station Casinos. In only one month, Lorenzo and his brother Frank were buying the UFC through the entity Zuffa, LLC, out of which Dana owns 10%. Dana White is installed as the president of UFC.

Dana has produced one show for the UFC: TUF (The Ultimate Fighter), on Spike TV. This has helped many people understand the sport a whole lot more. The show has revealed how the fighters aren’t barbarians who only appear on TV to fight, but normal human beings, well educated people. The UFC continues to develop. It is foreseen in 3 years it will become the Americans’ favorite sport.
UFC is nowadays recognized as the largest MMA promotion worldwide. Headquartered in Las Vegas, Nevada, the UFC is based on the Brazilian vale tudo fighting style. It started as a tournament to identify the best fighters in the world. Initially it was accused of teaching others human brutality, but after the criticisms the organization reformed and started to become an athletic endeavor. This way, UFC remarketed itself as a legitimate sporting event.

The idea of a tournament meant to find the best fighter in the world was of Art Davie, an executive from South California. He developed this new concept while doing research on the martial arts for a client. Davie decided to become a student of the mixed martial arts, at the school of Rorion Gracie. In 1992, Gracie, Davie and John Milnus developed a business plan for a television franchise. In other words, they developed their tournament into a television franchise.
This company partnered with Semaphore Entertainment Group back in 1993, and this is how UFC became what it is today. The first event was transmitted from the McNichos Sports Arena in Denver, Colorado. It happened on 12th of November, 1993. The boxers in the event were Patrick Smith and Kevin Roier, together with Gerard Gordeau and many others. Some of the fighters had little to no experience in the discipline, and the show was still a great success.
Some of the rules in the UFC are as follows: no biting, no hitting in the back of the head and no eye gouging. The sport has a little bit of elements from jiu-jitsu. It is because the Brazilian Gracie family fought jiu-jitsu for a while. Gracie is one of the founders of the fighting style.
As a rough sport, the champions and the UFC dare devils need real, tough clothing. It is a tough sport that requires a lot of tears and grapping. This is why UFC is making their own clothes. The UFC brand is a brand you can count on not only for quality, but also for good looks. The clothes worn in the tournaments are sweat resistant, keeping the sportsman relaxed and tension free. You can find UFC Shirts, UFC Gloves, UFC T Shirts and other MMA gears both online and in the UFC shop.
Money and success bring along also bad things such as envy and feuds. For example, Dana White had many feuds in his life. One of them was with Tito Ortiz. Also the most publicized one. It all began soon after White became president of the UFC and he told Ortiz he can no longer be his manager. They started to fight over money, and Ortiz finally didn’t show up at the weigh-ins day.
Another feud Dana had was with former UFC Light Heavyweight champion Randy Couture, after Dana said in an interview he has no respect for Couture.
Dana White has also ben vocal about former UFC Heavyweight Champion Ken Shamrock. In other words, Dana likes to fight people not only in the ring, but also outside of it. It seems like he is a fighter everywhere he goes.
As said before, UFC was born in 90’s. But now the hype can no longer be stopped. More and more people from all over the world are watching and betting on it. Not to mention in America there is an entire industry on them.
The UFC world is built more on MMA and jiu-jiutsu. However, there are still people out there who are saying the world of UFC is only of Barbarians. This is not at all a fact or the truth, as it is only a sport in which athletes are having their fighting by the rules. Looking a little like the boxing championship, the UFC matches are quite enjoyable and easy to watch.