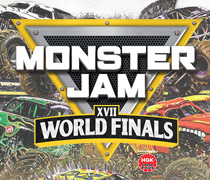 “The bigger the better!’”, is the motto at Monster Jam Las Vegas. You don’t just get to see the fastest trucks in action, but also the biggest in the world as they compete for the title. Held once every year, this is the biggest and highest profile monster truck event in the world and certainly one you wouldn’t want to miss.

The Monster Jam started back in 2000 as a specialized event for monster trucks unlike previous showings where they were mixed into regular racing competitions. Originally, only 16 trucks were invited into the competition, and these trucks would compete through rounds until the winner was crowned. The number of participants was upped in 2005 to 20 competitors as the event received more attention globally. Another increase was made in 2006, allowing 24 monster trucks to compete, but then it was later increased to 28 in 2013. Currently, as of 2014, 32 monster trucks take part in the Monster Jam Las Vegas....

Back at the conception of the event, none of the trucks had a body on the chassis to prevent potential damage. This was only done in the qualifying rounds, though, because the teams didn’t want to damage the trucks before the major events. Starting from 2012, you had to have the truck fully fitted with a body during all stages of the event.

Advent of the Young Guns Shootout

In 2012, FELD Motorsports added a new competition for newcomers. This was an attempt to expand the event and make it accessible. It started with 8 drivers at the time, but this number was expanded to 12 in 2013, 14 in 2014 and 16 this year, 2015. This category is growing fast and you can expect to see even more trucks participating in it.

How to get into the competition

Several regular events are held between January and March before the Monster Jam Las Vegas, where the drivers and trucks which qualify are selected. However, when too many drivers on the same team or driving the same truck model qualify, these trucks’ body schemes are modified so that they can be different from each other.

This spectacular event involves 3 different competitions, each with different activities and titles. Here are some of them:

The 32 racing participants compete through several rounds with the winner in each round proceeding to the next. Drivers are paired randomly for the first round of competitions, although after that you would have to fight for your stay.

This is perhaps the most anticipated and also most extreme category in the entire event. 32 trucks go out at each other, jumping through donuts and over ramps and other trucks but also dodging several outstandingly unique obstacles. You’re bound to see a few crashes in this competition, which tends to make it even more exciting.

16 hungry newbies race for the title of Young Guns Shootout Champion, a coveted title for these newcomers because it sets them up for the biggest stage in the world. They, too, compete through several stages and the two finalists face off for the title. You can also expect to see a lot of action during this event, including donut performances which we saw from all drivers this year and even a couple of backflips. The winner this year was Monster Energy and you can expect more from the team this coming year.

Besides all the carnage at the main stage, there’s still plenty more to do and look at so you can be guaranteed not to be bored:

Several trucks are invited for display during the event, and something just might catch your eye. Various teams show up at the event to display their biggest innovations yet and this could be a good market for a truck and even parts.

For this event, the ultimate champion is determined by the number of points they accumulated through their performance. 9 judges sit in on the competition, 6 of them regulation and the other 3 as bonus judges for added integrity. The highest possible score is 45 (excluding tiebreakers) although the highest and lowest scores are discarded. Additionally, the judges can only award half-points in the first quarter of the competition but afterwards only whole points are entered.

Some people consider the event to be unfair because it’s a solely invite-only event whereby the organizers invite participating teams. Instead of looking at credit and performance scores, they make choices that may favor the teams’ promoters. Additionally, most fans argue that FELD Motorsports owns most of the trucks invited to compete at the event which is not fair to companies not allied to the company.

Another point of concern, although not a complete deal breaker, is that the event is attended largely by American drivers. However, a Monster Jam world tour is also organized annually whereby the event is held in various parts of the world. Keep in mind, these are Monster Trucks, hauling these beasts across the world as well as their equipment and staff can be costly and troublesome. Therefore, this still remains a nonissue.

Be sure to show up at the Sam Boyd Stadium next year on the 17th-19th of March for the time of your life. Enjoy Monster Trucks racing and maneuvers around the track as well as massive shows around the Pit Party afterwards. In this case, though, what happens in Vegas might not stay in Vegas because it is frankly the biggest event of its kind the world over. Besides, the event is often open for anyone including the whole family. so make sure you give yourself a treat this year.