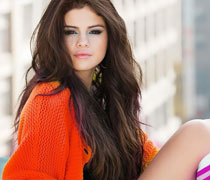 Selena Gomez world tour will be on 6th may 2016 at Mandalay Bay in Las Vegas city. Las Vegas will be the first of the 41 cities that Selena will tour, who aims at promoting her new album that she released recently. Selena simply does not dissapoint when it comes to her concerts.

Selena is a Versatile pop star who is popular for her hits that top the charts such as “Who Says” and “Come and Get it” among many others. The talented 23-year-old beauty started her career while she was a teen and that explains why she has won several awards right from when she was a teenager such as Kids Choice Awards, Young Hollywood Awards, and Five Teen Choice Awards. In addition to receiving the many pop music and acting awards, she has sold over 22 million singles worldwide. Above all that, she recently released a brand new studio album named “Revival” that is the inspiration behind her 2016 revival worldwide tour....

What to Expect During the Concert

A lot of Entertainment

You probably bought a ticket to Selena Gomez stop concert in Las Vegas because you know she can never disappoint in any of her shows or concerts. IF you have not we have them for you.  On top of that, Las Vegas in itself is a world-class entertainment city that is ever busy on a yearly basis. Mandalay Bay Center has proven to be the best center for hosting most of the popular world events. So you are 100% guaranteed to have a lifetime entertainment experience come May next year. There is a valid reason Selena chose to start the concert in Las Vegas, and that proves the fact that it will be a vibrant and very entertaining event as compared to the others.

There in Las Vegas the queen of pop will perform a series of her songs in all her majesty as her fans chant along to the various memorized lyrics. Therefore, it will be a great event because it will be a great opportunity to learn more about her through her music, dance and more importantly her speeches. Moreover, it will be thrilling to meet the star in person and if you are lucky you might go back home with a Selena Gomez signed autograph!

The Tour Will Feature Special Guests

World tours are full of surprises and who knows what to expect in Selena’s coming tours. The pop star might decide to surprise her fans with very special guests who will make the experience more fun beyond anyone’s expectations. Las Vegas attracts very prominent stars, and Selena may choose to make her first stop concert a remarkable one by featuring very important guests.

Selling of her album

It is during the world tours that you get a perfect chance to purchase albums of music artists. You are assured of a great deal now that Selena Gomez will be promoting her albums, and Las Vegas will be her first stop. They will be available at a relatively low rates and at least you will sure of purchasing an original Selena Gomez album.

You may be wondering how you will spend your time in Las Vegas before and during the Selena’s concert yet maybe you stay miles away from the city or probably outside the US. Las Vegas is a city that is fully packed with the most luxurious travel services such as accommodation and transport services. You are most likely to land a fair deal now that the services are wide and easily accessible. You can book a hotel miles away from Mandalay Bay Center, but you will not miss any bit of the concert if you make an informed decision on the best choice of services.

Normally, there are performances that take place before the main performance. Selena Gomez concert stop at Las Vegas will be one of its kinds because of the local, and international musicians will warm up the stage as the 23-year-old star prepares to take up the stage. This concert will, therefore, be an enormous chance for most upcoming artists to showcase their talent and potential for popularity. Thanks to Selena Gomez because her fans will have much more to enjoy during the concert.

Some world tour concerts turn to be a disappointment to the fanatics because of varied reasons. However, Selena’s past concerts have never been a disenchantment, and that can help you predict the next year’s concert. Most importantly, Mandalay Bay Center is an arena that is highly reliable and trustworthy for holding international events. So you are assured that you will be treated kindly and that you will all the help you will need.

The main reason as to why Selena will be conducting the tour is to connect with her fans and get the platform to appreciate the overwhelming support she has received from those who cared about and appreciated her talent right from childhood until now. It will also be an opportunity to give her critiques an opportunity to get to learn more about her. It is through her newly released album titled “Revival” that she will entertain her fans right in the heart of Las Vegas as the first concert stop before she proceeds to the remaining cities. You now have a reason to believe that the concert will be not only entertaining but also beneficial to you in one way or the other. You will have the chance to tour famous Las Vegas as much as time allows you. However, you must be well informed of the places you decide to visit to make sure you are on a safer side since there are very many companies offering unreliable services in the city.