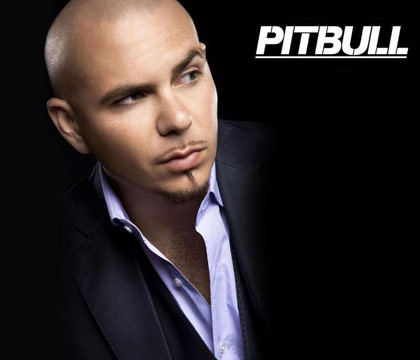 The show is expected to be infused with a good dose of Latin flair with Pitbull performing songs from his Spanish album “Dale”, which is his first in Spanish since 2010’s Armando.

Pitbull had returned to Axis at Planet Hollywood on Saturday March 12, with his resident show “Time of Our Lives” with a surprise guest up his sleeve: Jennifer Lopez. J-Lo appeared close to the end of the 100-minute performance from beneath the stage for her hit collaboration with Pitbull “On the Floor”. The short guest stint ended with the two superstars hugging and thanking each other.

The rise and rise of Pitbull

After his release from his contract with TVT Records in 2009, after a lengthy legal dispute, Pitbull has gone on to plot and execute what has turned out to be a massively strategic business plan. Seven years later, between numerous business deals and successful albums, Pitbull, whose real name is Armando Christian Perez has amassed a huge fortune. His wealth is estimated to be in the tens of millions of dollars, if not higher.

Even with music sales slumping and controversy continuing to swirl around music streaming service agreements, Pitbull’s global influence and fan base continues to expand. The sheer numbers are staggering: almost 21.4 million follow him on Twitter, 2.5 million on Instagram and 4.8 million on Google Plus. Add the 60 million “likes” on Facebook and his appeal becomes undeniable.

As one of the most influential people in the Latino community, Pitbull’s influence is what continues to drive large corporations to flock to him for collaborations and endorsements. According to him, the music industry is only 10 per cent talent and 90 per cent business. He says you have to understand the business or else those around you will take advantage of you and your business.

Pitbull has managed to have a massively successful career that has outlasted those of many other acts by simply focusing on making club music. He has continued to have success despite critics claiming that he isn’t particularly talented. Most of his lyrics revolve around him and his high life. But with a decade long career, and 21 million followers on Twitter, it is hard not to give Pitbull at least a bit of credit.

So, why has he been such a success story? A big part of the answer seems to being featured in other big artists’ songs and featuring big artists on his songs.

Pitbull’s debut album, M.I.A.M.I., released in 2004 rose and peaked at 14 on the Billboard 200 album chart without having any major hits. This was enough to put him on the map on the Miami Latin music scene. By the time he co-founded a record label, Bad Boy Latino, with Sean Combs a.k.a. Puff Daddy, he was already well known. His next two albums would be released under Bad Boy Latino and did not perform very well on the Billboard charts.

The fourth album was released through Polo Ground Music, which is a major label. It is after this album release that Pitbull gained his fan base in the pop and club music scene. This album was known for its use of heavy features. Akon, Ke$ha, B.o.B, Nayer, Avey Storm, Lil John, Nicole Scherzinger and others all made an appearance. The album debuted at number 8 on Billboard 200 and managed to sell 250,000 copies in the United States alone.

His first major exposure on the international scene came in 2011, when he featured on Jennifer Lopez’s hit song “On the Floor”. The song was a huge hit worldwide, peaking at number 1 in many countries and went up to number 3 on Billboard’s Hot 100. His first Hot 100 number 1 was “Give Me Everything”, which featured Ne-Yo, Nayer and Afrojack, the Dutch DJ.