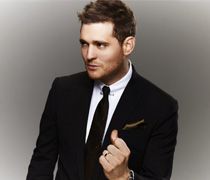 Michael Buble is coming to Las Vegas! This Canadian vocal maestro is on tour in the states and has a big scheduled concert in Las Vegas, the lost land of kings. Michael Buble is a singer/songwriter originally from Burnaby- Canada. The spotlight first shone on him during the Canada Youth Talent Search Competition in 1993. His breakthrough came later in 2003 when his album debuted in the top ten of the Canadian charts, top five in the UK and top ten again in the US. Ever since, he has managed to sell over thirty million records worldwide. Michael Buble in one of the best jazz stars of our time and his Concerts give music a body to be touched and felt. The anticipated Las Vegas concert will bring the best of jazz and if you are a fan of this genre, this is a show you must attend.

The To Be Loved Tour will stop for one night at the MGM Grand Arena Garden on January 1, 2016, which is on a Friday. The previous scheduled date of 23rd November this year had earlier been cancelled due to unavoidable circumstances. However, things are now looking up. The theme of the tour is Michael’s newly released eighth studio album, To Be Loved. In addition to this, to light up the stage and rock the crowd will be other smash hits like “Haven’t Met You Yet”, “Everything”, “It’s a Beautiful Day”, and “Home”. The amazing talent that is Michael Buble will also acknowledge the influence that previous tracks have had on his career by performing his unique interpretations of classics like “You are Nobody til Somebody Loves You”.

According to the event organizers, this show will outdo the Madison Square Garden performance by far. So if you attended that one, to top that experience, make plans for the Las Vegas show. The playlist and stage strobe will be to die for, and the musician promises his fan that he will make it a night worth remembering. The music will be live without studio enhancements, and the jazzy voice of Michael Buble will cover the arena in a myriad of colors, sure to invoke emotions and admiration in the audience. Do not miss this once in a lifetime opportunity to experience Michael Buble Las Vegas and his amazing music. If you are in doubt about the quality of the performance, check out Buble’s impressive achievements. He has snatched the

• Juno Award for Breakthrough Artist of the Year in 2004

• Echo Award for Jazz Production in 2006

The MGM Grand Arena Garden has taken extra precaution to ensure nothing disrupts the peace of the night. With fully functional surveillance 24/7, the venue will be impenetrable to trouble. Still, all patrons are advised to keep an eye on their belongings since the management will not take responsibility for any lost property. The best way to avoid potential losses is carrying only that which you need. Just come and enjoy the music with amazing treats from Michael bumble.

Any individual with a valid ticket and above 18 years of age can attend the concert. The age restriction is not due to any explicit content; the lyrics on all of Buble’s songs are very public friendly. After getting in, to avoid being thrown out, respect people's space. If you are alone, interact with willing parties. Being labeled a nuisance or a stalker will make you lose the chance to see Michael perform live. However, if you have some friends or some colleagues, you can come as a group. You don’t even have to be a fan of jazz music, the vocals and the amazing talent of Michael Buble will blow away as you savor every moment through the night.

Additionally, surprise your partner or friend with the tickets. Make them feel special by taking them to see the Michael Buble Las Vegas concert. This little stunt might earn you future favors or forgiveness for wrong doings, depending on your motivating factor. All in all Michael Buble is a powerful performer and he delivers music in a jazz form with his own unique sound. The night will rival all other nights you have dubbed your best. The experience will be a story worth narrating to the next generation of fans.

Not many people have the chance to experience breathtaking live performances from top and decorated artists and as such, the opportunity offered by the Michael Buble Las Vegas concert is definitely worth it.