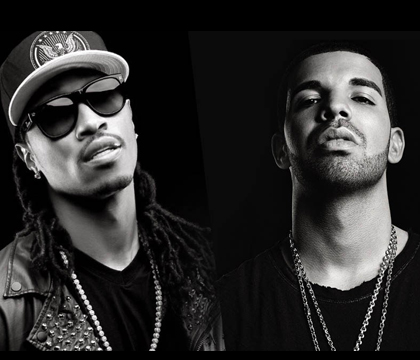 Drake will bring the "Aubrey and the Three Amigos Tour" to Las Vegas. Drake will be joined by Atlanta trio Migos. Drake's real name is Aubrey Drake. Fans can probably expect to see the two acts team up for some kind of re-enactment of the brilliant “Soul Train”-themed video for their collaborative song “Walk It and Talk It,” from Migos’ latest album “Culture II.”

Drake, a popular Canadian born rapper begun his career as an actor in a teen series and went on to be a rapper, singer, song writer and a great record producer. Of course all this is public information, and the only way you can miss to know who Drake is if you have been living under a rock for the past a hundred years.

Summer sixteen tour
Drake has had about three or so world tours since he began his musical career and 2016 is a year for another great tour from this iconic artist. The Summer Sixteen Tour kicked off on July 20th 2016 and is slated to go on until October 16th 2016. This is an exciting period for his fans all around the globe. The owners of these tours are Drake and Future, another great rapper.

The summer sixteen tour is expected to have one leg with a total of sixty shows. The main aim for this tour is promotion of his fourth amazing album called Views, released in 2013. Future, also has a 2016 album named Evol which he is promoting alongside Drakes Views. This is an exciting time indeed.

The two, Future and Drake have a combined mixtape called 'What a time to be alive’ released in 2015. The tour is also geared at promoting this addictive mixtape. Anyone who has not yet purchased these three should do so in haste. They are off the charts, you will not regret their purchase.

How did the tour new develop?
Twitter is definitely an amazing platform. You can get fast hand information from personalities that you like, and even those you dislike, but let us digress. On April 25th, Drake twitted that Future and himself will begin the summer sixteen tour. This was obviously some great news to their fans since this tweet was retweeted severally.

On the same day, 25th of April, Drakes website had added the concert dates, ticket prices, venues and the tours set list. For more on these information, one can visit Drakes official website.

Where it all begun
The Drake and Future summer sixteen tour set off in Austin, a beautiful town in Texas State. It was hosted at the Frank Erwin Centre. It was well attended and completely entertaining. It was well worth it. Needless to say, the first week and a half of their tour was centered on the United States, with Dallas coming after Austin. Sprint Centre at Kansas City was privileged to host these amazing guys on the 23rd of July.

After the US, his homeland Canada followed with Toronto hosting the tour at Air Canada Centre. This was among the best attended, being his hometown. After a couple of days in Canada, the tour moved back to the United States, visiting the states that were left out in the beginning. New York’s Madison square was the first place after Canada. It had the highest attendance so far of the tour, generating a good income for the duo.

There is no party like a party in Vegas
Obviously, the tour will be dull and unmemorable if Las Vegas is not among the states to be visited during the duo’s summer sixteen tour. If you are a Las Vegas resident, mark your calendar for the 11th of September 2016. This is the day when Future and Drake will be in the mighty state. The T-Mobile Arena will be the place to be. You would not want to be the one to miss Future and Drake in Vegas. Who knows what you will miss?

Drake in Vegas
Future and Drake in Vegas on the 2016 tour will be as amazing as the previous Drake in Vegas tours. For instance, for his 'Light Dreams and Nightmares tour’ Drake surprised fans when he returned to the stage with Lil Wayne. Lil Wayne had been locked away at Rikers Island jail for a whooping eight months. It was a good surprise for the fans because they performed 'Miss me’ and it was iconic.

Lil Wayne’s performance had been rumored for days, but had not been officially confirmed and this was the last day of Drakes tour. For the fans, it was a half, half chance of seeing Lil Wayne perform. It was an ecstatic crowd and performance.

Tour set list
Over the years, Drake’s tours have had an impressive set list. With songs that have topped chats being featured, making crowds go wild. In the summer sixteen tour, the song 'Summer sixteen’ will definitely feature. 'Still here’ and Started from the top’ are also top among the list. '9’ and 'U with me’ will also appear, alongside many other crowd favorite songs and album songs.

Drake’s Crowd Control
Drake is known to have incredible crowd control since from the time he was just starting out as an artist. This makes fans more at ease and more willing to attend his concerts. This is unlike if the concert crowds were rowdy, unruly and uncontrolled. His great control should make anyone run to buy a ticket fast before they sell out.

Ticket sale
Drake has had a good history in Vegas. Tickets always get sold out and anyone who has not bough the m in advance has a high chance of being locked out the concert tours. There are many places where a fan can get a ticket. Search the internet or ask from friends.