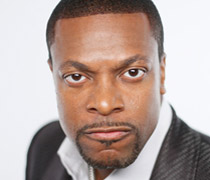 Chris Tucker is a world acclaimed stand-up comedian and award winning actor. Best remembered as Detective James Carter in the Rush Hour comical series; Tucker continues to grace the stage across America, dazzling millions of adoring fans. Since his inaugural appearance on the entertainment scene in the early 90’s Jam, a comedy show, he has gradually risen to the top of the chart. By 2006, he was the highest paid actor in Hollywood to star in Rush Hour 3. He is bringing this goodness to Las Vegas. However, the Chris Tucker Vegas residents look forward to watching on stage brings a lot more than just his stage exploits. In the course of his career to date, the films he appears in have grossed a total of over a billion dollars at the box office. The Chris Tucker Live show indicates that this fast rising star has finally come identified his true role in the movie industry. His acts continue to receive raving reviews worldwide including the UK, the Middle East, Asia, and Australia. When he takes a break away from the movie set, he travels across the globe on philanthropic missions through the Chris Tucker Foundation.

Chris Tucker before the Big Times

As you clinch your Chris Tucker Vegas tickets, you would find it gratifying to follow the prolific rise of Tucker from his childhood to his current position among Hollywood’s finest. He was born Christopher Tucker in August 1972 in Atlanta, Georgia. His father was a businessperson. Tucker is an alumnus of Columbia High School. After graduation, he went to Los Angeles to pursue an acting career. The comedy appearances he made on the Def Comedy Jam ushered in more opportunities for him and these eventually led to movie roles.

In 1995, Chris Tucker starred in his first blockbuster film, Friday, alongside Ice Cube. This paved way to more lucrative movie roles such as Money Talks and The Fifth Element. He has since co-starred with celebrities like Charlie Sheen, Jackie Chan and Bruce Willis. The Rush Hours triple series however established his rise to fame and wealth earning him big bucks even by Hollywood standards. He also appeared in Michael Jackson’s Rock My World Video.

With all the achievements, Tucker lives the American dream. He is a celebrity of note, and often receives invitations to play in the NBA Celebrity Game along players who have made NBA Hall of Fame. Despite the adorable celebrity status, he also is just as human and controversy courts him as it would, the person next door. Word broke out about a ticket for reckless driving and trouble with the IRS. At one time, a hoax was on that he was dead! He, however, endured the demons that life throws the rich and famous, facing the stories about his life with stoic humor.

Who does Tucker look up to?

Tucker admits to modeling his career after the likes of Richard Pryor, Dave Chapelle, Eddie Murphy and Martin Lawrence, who impress him with their prowess. His humor has never waned whether on live shows or the big screen. In 2000, Tucker went back to his first love, stand-up comedy. He confessed that his desire to do stand-up comedy, to improve his craft, and to get closer to his fans led him back to the comedy clubs. Since then, he continues to rock many households with laughter and now any Chris Tucker Vegas event is a full house affair.

In all the shows, the raves from fans confirm Tucker is far from disappointing his fans. Bringing the roof down every time, fans go home with memories of his trademark in your face and down to earth wit. His more sensitive side became evident when he paid tribute to fallen star, Michael Jackson. The Hard Rock Live Show in Orlando, Florida opened the door to his memories of times with Michael. It showed the deep respect and friendship between the two stars. The fans look forward to another act in Orlando, and now Vegas, for another hysterical night.

What to Expect at Chris Tucker Vegas Show

Outright hysterical laughter is an integral part of any Tucker appearance. He leaves his fans yearning for more. His humor portrays great wit and talent whipped into an uncanny ability to size up everyday issues with laughter. His ardent fans appreciate his ability to look at the state of the black man in the United States without making him feel beaten. This brand of comedy has set him apart from black comedians whose jokes rotate around disenfranchisement. It is a show where everyone is comfortable. His success lies not just in his passion but his ability to reach across all boundaries with his wise cracks. The only drawback is the feeling that the show will end too early; a familiar feeling when you are having a great time.