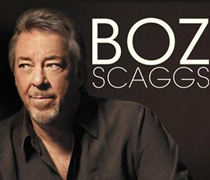 Boz Scaggs is one of the most enduring veterans of the music world. Though blessed with an impressive following, one would be hard pressed to describe Mr. Scaggs music. But when you ask his fans what they like about the legendary singer, one word will almost always come up and that word is romantic. Indeed, The Boss possess a smooth and silky voice that can send chills down the spine of the most jaded of music lovers. If you are a fan of Boz Scaggs then you should try to catch him live any chance you get. He is one of the more active musical greats in the Las Vegas music scene. If you are a music lover, Boz Scaggs in Vegas is one concert that you should not miss if you are on the strip.

Boz Scaggs is one of the few artists from the 70s who has aged well. Of course, the quality of his voice has changed a little. But he can still sing his hits from several decades ago as if we are still in the age of disco. Of course, you can experience this for yourself when you watch Boz Scaggs in Vegas. Fortunately for us, he still has the strength to last through a night of singing. His repertoire is a mix of old and new songs. In most of his shows, there will always be one or two individuals who would not rest until they hear the classic “Lido Shuffle.” Though not too keen of playing the song, Scaggs would usually oblige. In one of his Vegas performance in fact, he and his band opened up with Lido Shuffle to satisfy the fans who are clamoring for it.

Many of the songs that you can expect from Boz Scaggs in Vegas are jazz inspired. This makes the concert perfect for those who are looking for a quiet night in Sin City. One of best thing about Scaggs is that you can clearly see how he has mature over the years. Unlike other veteran popular singers who rest on their laurels and simply milk their hits from bygone eras. Scaggs has developed new songs and has even explored new genres. Over the years, he has developed a sophistication that is rarely seen in artists from his era. One can say that Mr. Scaggs is a very good student of music and life. He has used the lessons he learned in both to grow both as an artist and as a person. Despite this, Scaggs remains humble. One can easily see the humility while watching him on stage. And it doesn’t matter whether he is playing in a small venue or in a large hall in Vegas.

Boz Scaggs in Vegas is a treat both to those who have grown up listening to the man to young music lovers who are ready to embrace a more sophisticated form of music. One of the things that you will notice in Scaggs’ concerts is that he is a master of the build up. He usually starts the night with a mellow tune and then gently picks up the pace. At the end of the evening, it will not be unusual to see some members of the audience on their feet. He usually opens with the classic “Lowdown” and then leads the audience to a tour back in time by singing most of his familiar hits including the crowd favorite “Heart of Mine. “Lido Shuffle” is usually the song he sings towards the end of the evening.

Boz Scaggs is over 70 years old. He knows that if he is to last through a night of singing, he needs a good backup. This is the reason why the legend employs a young band and backup singers for his concerts. His band is good enough to play on their own. In fact, they have their own following. You can see from almost all of Scaggs concert the presence of young fans usually females. Of course, one can argue that they are there because they know how to appreciate vintage music. But it is quite evident that most of them are actually groupies of the band. What is most impressive about the band though is the way they give justice to the songs of Boz Scaggs. They play as if they have been playing with the man for decades already. One of the most notable member of the band is the guitarist who can faithfully recreate the master’s touch.

The star of the show

But the star of the night remains to be Mr. Scaggs. Fans of Scaggs know that he is not only a good singer. He is also a very talented guitarist. In Boz Scaggs in Vegas, you will see him mostly taking the lead. One of the most awaited part of his concerts is when he sings one of his greatest hits “Love, Look What You’ve Done to Me.” It is a song about a man who completely surrenders to love and to the act of falling in love. And Scaggs soulful voice is perfect for the lyrics and the emotions of the song. After Scaggs sings this song, it is not unusual to hear some of the female members of the audience shout “I love you Boz” at the top of their lungs. That’s the time you will know that the man still has it. And it is not only the ability to make girls fall in love. It’s the power to captivate an audience with a single song.

Boz Scaggs is a legend and an American Institution. But we should all be aware that he will not be around forever. Sooner or later, he would have to retire from performing live. This is the reason why music lovers from all over America should aspire to aspire to see him perform live while they still could. Boz Scaggs in Vegas is the perfect occasion to witness the greatness of one of the greatest singers and performers from the 70s and probably of all time.