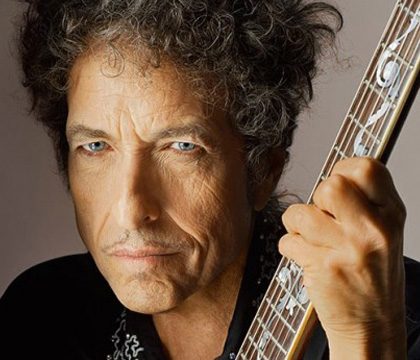 Bob Dylan is a 75-year old singer, song writer and most importantly, performer. He is a United States citizen, born and bred. He was born in Duluth, Minnesota, but currently a resident of Malibu in California. This is for anyone who does not know Bob, or just recently discovered his music. For those who have been his fans since about fifty years ago when he used to grace the scenes with songs like “Blowing in the wind” know that he has a concert at hand.

Dylan and Pop culture
Dylan has been an influence on pop culture for the past five decades with anthems like “The Times They are a-changin” being some of America’s anti-war and civil rights songs. One of his greatest song, “Like a rolling stone”, released in 1965 revolutionized the pop culture scene.

Most of his songs have a political, philosophical and literary ring to them. This ensured that the songs influenced greatly the growing counterculture within Americans by then. His songs span a wide genre and hence easily appeal to most groups of people. These genres include, rock and roll, gospel, blues, country, jazz and even folk music.

Never Ending Tour
Being the great artist that he is, Bob Dylan has performed continuously since the late 1980’s. His steady tours have consisted of a different line-up of musicians and performers. Usually, during his concert tours, he performs with instruments such as harmonicas, guitars, and keyboards.

Accomplished writer
With more than 100 million records under his belt, Bob Dylan is also considered such a great song writer, and this fact has distinguished him greatly. Apart from singing and writing songs, he has also written and published six books. These books are about drawings and art. His works have been so great that they have appeared in various, major art exhibits.

Distinguished artist
Bob Dylan is definitely a distinguished artist and easily falls into the category of best-selling artist of all times. Apart from the more than 100 million records he has sold so far, he has won several notable awards, and has been nominated to many more awards. Among the many awards, he has received an Academy award, a Golden globe award, and 11 Grammy awards.

Bob Dylan in Vegas
During his “Never ending tour” Bob has performed in Las Vegas on several occasions. His performances have generated divided views from his audience. His performance are on the most part spontaneous, and his band, having worked with his for at least 2500 shows still do not have a pattern. Some people have lauded these performances, saying they are some of the greatest performances of all times, with such great and creative legacy of materials. Others have criticized his performances saying that these lyrics are so great, they are “effectively unrecognizable”. They proceed to state that the audience finds it difficult to understand what happens on stage during his performances.

D-Date in VegasThere is no party, like a party in Vegas. Bob and his team know this very well. This is why, Bob Dylan will grace the people of Vegas in October the thirteenth of 2016. He will perform in the Cosmopolitan, and the show is scheduled to begin at 8 p.m.

Nobody in their right mind will want to intentionally miss this event. Bob Dylan in Vegas has many ups to it, but the best is probably that he manages to make any of his concert tours memorable. Bob would perform to empty seats and still make it memorable, how much more for an audience? This is a good time to go to one of his tours if you have never been to any. Stick to the end, and you will not regret.

Bob Dylan set list in Vegas
Bob Dylan rarely disappoint when it comes to concert set lists. He is most definitely a random performer, on many occasions, but generally, he is a good stage performer and despite the fact that he is random, he still does not disappoint.

His planned set list for his Las Vegas tour is: She belongs to me, Things have changes, Pay in Blood, Beyond here lies nothing, How deep is the ocean (How high is the sky)? Melancholy Mood, Early Roman Kings, Tangled up in Blue and much more. Knowing Dylan, he probably has even more tricks up his sleeve. Good tricks of course.

Past Vegas performances
Dylan has been to Vegas severally in the past. This fact is attributed to his “Never ending tour” which begun in the late 1980’s. As a matter of fact, Bob Dylan in Vegas has become a song because he is such a regular. His first concert visit was at Bally”s in May, 1992.

People who have been fortunate to attend his concert have had a few worries. These are, that he does not ever talk to his crowd when performing. This can be great for those who have come for nothing other than music. It can be frustrating for those who want to hear his natural voice from time to time. Hence when going to his concerts, keep this fact in mind.

Another fact about his concerts is that he almost never faces his audience during his performances. On most occasions, he plays on his Keyboard. Depending on the number of ticket a person has, they may view has back for the whole concert period. Some songs do not sound as they did in the 1960’s or the 1970’s. This can be disappointing to those who only would like to hear the tune of the song. For those who value his poetic stance, this fact is not disturbing at all, so long as they get the message of the song. Others love the artistic stance that he takes on stage and would not trade those memories for anything.

Wide audience variety
When Bob Dylan is in Vegas, he has such a diverse crowd, it is impressive. It is very rare to get an artist who has span such a wide range of time, and yet is able to attract a young audience. His performances have attracted other artists on stage with him. The likes of Paul McCartney and Roger Waters have shared a stage with him in some of the most amazing performances. Those who have shared a stage with him also attest to what a great performer he is.

Anyone who wants to have a unique and memorable concert tour experience should go no further than Bob Dylan in Vegas.